Chat with us, powered by LiveChat

International’s MaxxForce DT466E is the latest generation for one of the most enduring designs in modern diesel engine history. While its basic architecture has remained virtually the same for more than 40 years, internal components and systems have all advanced with the times. The 7.6L (466ci) inline-six engine’s current and most powerful variant makes 860 lb-ft of torque at 1,300 rpm and 300 hp at 2,200 rpm. This is all from an engine that debuted in the nose of a farm tractor and took years to actually find its way into a road-going application. It’s pretty amazing stuff.

Founded on a cast-iron block with removable wet sleeves and using aluminum pistons with a 16.4:1 compression ratio, the primary focus and calling card for this engine is its durability. Fueling is accomplished via International’s G2 system: a high-pressure, common-rail setup that features electro-hydraulic injectors. 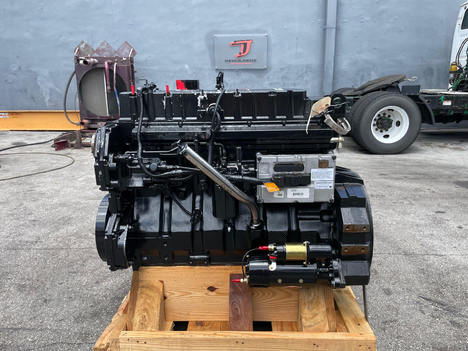